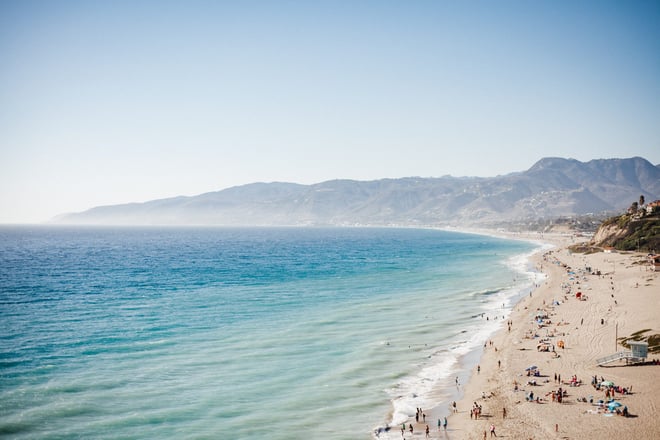 Finding the right location for your new company is no easy task. Not only do you need to consider physical location, but you should determine if the style of the state or coast is one that'll fit your company's image and your type of desired employees. Everything from communication style, work hours and office wear varies from coast to coast. One way to find the best location for your company is to think about if your work style is more San Francisco or New York City — East Coast versus West Coast. If you're not sure where your company might fall, here are some characteristics that define these two distinct regions so you can see what suits you best. After all, this will make all the difference on whether you pack your flip flops or wing tips.

Hollywood has given us a dash of truth in its world of fiction as it portrays business on both sides of the country. It seems that many of their stereotypes are true: you'll find businessmen in dark suits trekking down Wall Street and every day is Casual Friday in Silicon Valley. "Look at the early morning rush hour at Wall Street and you will see people wearing mostly dark colored suits, " explains VJ Misra on Fast Company. "On the contrary, early morning rush hours in California you will see mostly laid back clothes, jeans, sneakers and sometimes even flip flops. You will almost never see a person wearing a tie, unless the person is an East coast transplant or a tourist. The logic is simple: You don’t want to entrust a gen Y-er wearing tattered jeans and a ball cap to allocate your hard earned 401k in mutual funds. Similarly, on the West coast, you cannot really have a whole lot of expectations from a guy in a pinstripe suit applying for a creative or engineering job. You would immediately think, 'If this guy spends so much time and effort on his looks and clothes, how will he stand up to the long hours and hardships of the tech world?'"

From a business standpoint, communication also varies greatly between these two demographics. "When business leaders from San Francisco or Seattle fly east to meet investors and establish contacts, they find a far more aggressive business environment than they are accustomed to," states Jascha Kaykas-Wolff on MindJet. "East coasters are loud and opinionated and not afraid to tell you what they think. West coasters are diplomatic and conciliatory, seeking solutions, not confrontations."

Not surprisingly, the work times are quite different between the two coasts. In California's laid back style, there is a greater option to go to work late and leave late. Better yet, many tech companies allow their workers to telecommute. In New York, the work hours start earlier and end earlier (to which many New Yorkers blame on the severe weather).

When starting a company, the cost of living in the location of your choice matters because it will affect how much you pay your employees salaries, and how much you're able to save yourself. Below is a simple breakdown of the cost of living in Manhattan, NY versus San Francisco, CA according to NerdWallet as of December 2016. It's all relative to the sky-high cost of living in both regions, so if you're looking to save more dollars and less concerned with being located in a major city hub, you might want to choose one of the best large cities to start a business and stay clear of New York and San Francisco.

Industry Concentration on Each Coast

Since the East Coast is known for tradition, history and stability, it's no wonder that this part of the country dominates in many industries that have been established for decades (including being the epicenter of the U.S. federal government). The country’s financial and banking giants are primarily on the East Coast including the New York Stock Exchange and NASDAQ headquarters. Other established global giants are located in the Northeast including pharmaceutical leader Pfizer, Inc., telecom leader Verizon Communications, entertainment conglomerate Time Warner, Inc. and even popular appliance manufacturer General Electric.

Conversely, the West Coast is the home of Silicon Valley which is the land of innovation, ground-breaking technology and supporter of vast creativity. The West boasts of global leaders like Apple, Google and Facebook. The Pacific Northwest is also a hot spot for technological innovation with major tech companies like Microsoft and Amazon as well as a variety of other businesses including aerospace leader Boeing, Costco Wholesale and Starbucks.

Where to Start a Business?

When choosing a location for your own LLC, each side of the country has its own unique benefits.

If you are starting a tech company, then clearly the west coast has its appeal since it is the world's axis to computer innovation. You'll live in a culture of like-minded computer geeks who can provide networking opportunities and who have already paved the way to success. However, it might feel too expensive and overrun with competition, so weigh your options.

Depending on your industry, New York may be the better option. “In certain spaces New York City rules,” believes Kelly Wanser, founder and CEO of San Francisco-based Stateless Networks. “For startups centered on design, media, fashion, it's an unparalleled place. The energy, aggressiveness and staggering creative talent may make it the world's best place to have a startup in these fields.”

Starting an LLC in California requires a filing fee that starts at $70. You'll need to choose a name, file your Articles of Organization with the California secretary of state’s office, designate a registered agent, create an Operating Agreement, list your members (shareholders) and make an annual statement regarding the company's financial conditions to both members and the California Department of State.

Filing for an LLC in New York follows a similar process. A limited liability company is formed in New York by submitting the name of the company, the completed Articles of Organization and paying the filing fee which starts at $200 to the New York Department of State, Division of Corporations.

Do you have to choose between the bookends of the country? What if you're a little of both? Kaykas-Wolff has the answer: "East and West remain complementary competitors. Savvy entrepreneurs recognize this and seek investment and logistical support from both sides. Even the new Internet leaders are adopting a bi-coastal strategy — Facebook, Twitter and Google all have offices in New York City. Manufacturing companies, in turn, are moving West to take advantage of green and aerospace linkages. And thriving economic hubs in the heartland — particularly Oklahoma City and Dallas — are competing with both coasts while developing an organic business culture and environment."

Here's an infographic on east coast vs. west coast style, which one are you? Let us know in the comments if there's anything you'd add.

Infographic thanks to Visual.ly