Entertainer? Entrepreneur? Why Not Both?

Actor. Singer. Songwriter. Content creator. It's an impressive resume, but this entertainer doesn't work for the Hollywood bigwigs or the major record labels. She works for herself. From the big screen to the airwaves to social media, this business owner is in the business of making others smile. Meet Kelsey Edwards.

From 9-5 to Her Own Timeline

As a rising child star, Kelsey Edwards was enamored with the spotlight. She became enthralled with acting at a young age and successfully earned roles in numerous TV episodes and feature films. But as a young adult, the pressure to look for a more stable, safe career became overwhelming.

Kelsey went to college and took a job in PR and branding. She enjoyed the work, but something was missing. After an extended vacation through Europe, Kelsey had a revelation. The missing piece? Freedom. Returning to her office job threw her longing into stark relief. She would never be fulfilled by the safety and stability she was supposed to crave.

"My viewpoint on the world shifted my viewpoint on myself," she says. "And I realized I don't want to be stuck in a job that I'm not ultimately passionate about for the rest of my life."

Kelsey Edwards knew she was destined for great things. 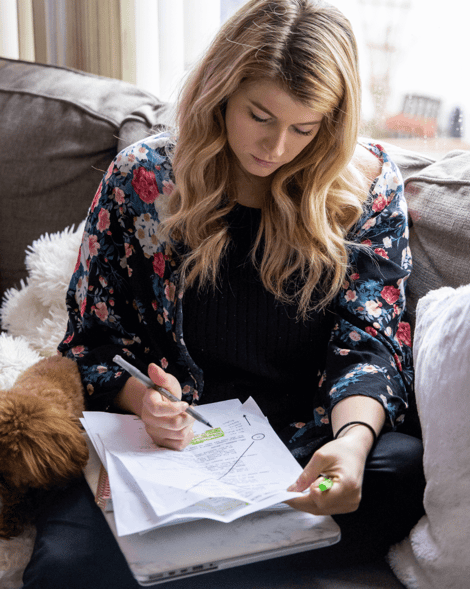 Her LLC made her new business legit.

Instead, Kelsey made a decision. She would pack up and head for Los Angeles, as so many hopeful performers had done before her. The big difference? She was going with a plan.

Putting the "Business" in "Show Business"

Kelsey realized early on that to be taken seriously, she needed to get serious about her business. That meant pulling together all of her skills and abilities under a single umbrella, tracking her income and expenses, and creating a business plan to guide her toward reaching her goals.

I think one of the interesting things about being an entertainer is that you have to realize that YOU are your business. A lot of people sell physical products, or they have a storefront, and that is an obvious business. But as an actor, as a singer/songwriter, as a content creator, I am a business. And that shift happened pretty early on in my entrepreneurial journey. So having a business and having an LLC just really made sense.

Forming an LLC as an entertainer is an unusual choice, but it's one Kelsey says has made all the difference. She sees it in the way she views herself, and in the way others view her.

"I started learning a lot about entrepreneurship," she says. "Reading a lot of books, listening to podcasts and finding content creators on the internet that talked about the things I was passionate about and wanted to learn more about. I really dove head into becoming an entrepreneur and working for myself."

But it wasn't always easy. Kelsey had to learn the hard way that being an entrepreneur came with challenges, especially for a self-titled "perfectionist." That's why she encourages new business owners to go into it with their eyes open so they're ready to roll with the punches.

Kelsey's Big Tip? Entrepreneurs Need to Take Care of Themselves

Most business owners have a lengthy to-do list. But no matter how long that list stretches, Kelsey always finds time to include a few tasks that are solely focused on her mental, physical and emotional well-being. Not only do these self-care regimens help her stay healthy, but they also help her stay focused and productive.

As for business tips, Kelsey says the biggies are setting goals, making a plan and staying committed to achieving them.

I think what is needed is just continual commitment, continual vision, disciplined action every single day.

Here's how Kelsey does it:

Big Picture: What's Ahead for Kelsey

Aside from being an entertainer and content creator, Kelsey has another passion — helping young girls achieve their wildest dreams. She likes to refer to herself as an "internet big sis" and takes her role as a mentor very seriously.

Later this year, Kelsey will launch an online academy for teen girls. Many will want to pursue a career in entertainment, like Kelsey. But what she hopes they come away with isn't industry secrets or networking opportunities. Instead, she aims to give them a safe space to discuss their fears and their challenges and to talk openly about what they're facing in their daily lives — from eating disorders to depression and anxiety — in a welcoming and non-judgmental forum.

Kelsey knows it's important to take time for self-care. 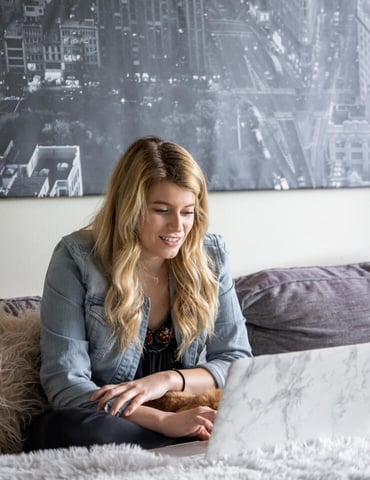 Whether she's inspiring young women to follow their dreams... 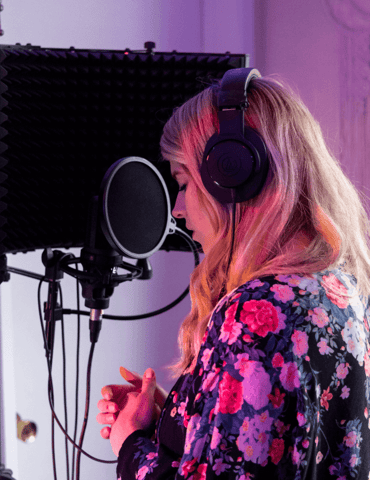 ... or working hard to follow and realize her own.

When forming her LLC four years ago, Kelsey knew she needed help. She turned to Incfile and was thrilled to find a service that would take an active role in supporting her business beyond the initial startup. "It's not a one-and-done thing. It's a service that provides help for me, even years down the road."

Kelsey especially appreciates that Incfile notifies her about important dates, helps her complete and file forms and keeps her business compliant and current.

Kelsey says she was impressed by the ease and simplicity of using Incfile.
It really was helpful to simplify it all and house it all under an LLC. It kept my personal income separate from my business income, and it kept my business a business.

Entertaining Ideas of a Bright Tomorrow

Kelsey has come a long way from her 9-to-5 desk job. In some ways, she's returned to her roots — taking risks and doing what she loves. But she knows there's much more to experience, and it wouldn't be possible if she hadn't taken those initial steps to turn her career as an entertainer into a legitimate and respected business.

"I just can't stress enough the identity shift of viewing yourself as a business," she says. "It just makes all the difference. It really does."

What's your story?
We want to celebrate it.

Business owners like you are why Incfile exists. We love to hear and share your original stories. Each month we spotlight one business, shining a light behind the scenes to understand what got you to where you are today — all in partnership with Incfile.

Inspired?
Get your business started

No Contracts. No Surprise.
Only $0 + State Fee to Launch Your Business.