Something Big Is Brewing for These Business Partners

Chaz and Mario know what it’s like to be part of the 1 percent. Their brand, Hella Coastal, is one of only 70 Black-owned and operated breweries out of 9,000 in the U.S. They're looking to bring about change by shifting the conversation and bringing more diverse voices to the world of craft brewing.

As Chaz tells it, he was first bitten by the brewing bug in high school when a teacher led his class in a fermentation experiment. The concoction of apple juice, yeast and raisins didn’t taste particularly good, but that didn’t stop Chaz from trying to recreate the recipe at home.

Mario’s journey was a bit different and happened a little later in life. After receiving a home brewing kit as a Christmas gift, he joined up with a dads’ group of hobby brewers. These pops were really into their hops, but they also used brewing as a way to raise funds to support local schools.

Mario saw how the pairing of brewing and community made a difference, so when his longtime friend, Chaz, brought up the idea of starting to take their hobby a little more seriously, Mario was on board. Having long felt the pull of entrepreneurship, Mario realized it would work better if they joined forces.

“I tried to start a business a while ago and it didn't take off only because I was doing it by myself. But if you partner up with someone that's like-minded, then everything just falls into place.” – Mario

Shortly after, they decided to take a chance on their big brewing idea, but then COVID-19 hit. While the global health crisis derailed some of their plans, it also gave them time to focus on fine-tuning their product and building their business plan. 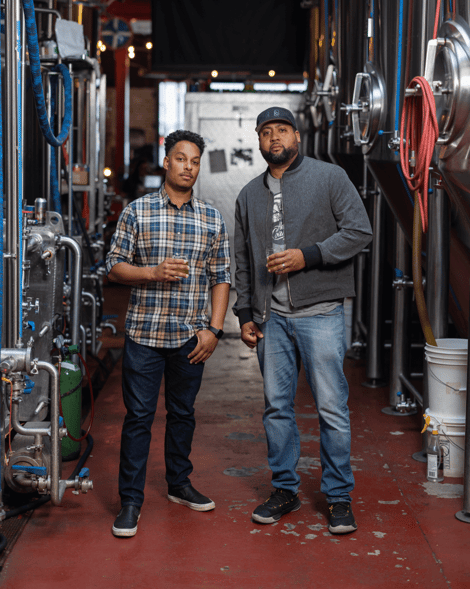 Bringing Black-owned breweries to the forefront in Oakland

Ultimately, Hella Coastal is about hella more than just good beer. It’s about starting conversations around racial inequity, diversifying industries that have long been homogenous and paying tribute to the Black roots that shaped their city — through music, art and politics.

“We have to make this happen for the community more than ourselves at this point because so many people want this. They’re like, ‘Yes, the first Black-owned brewery in Oakland.’ It's bigger than us. At this point, we can't give up.” – Chaz

Mario says the social unrest following the murder of George Floyd in 2020 was, in many ways, a call to action. It has now become their mission to challenge the current perception of the craft brewing industry and to help other Black brewers and minority business owners be the change. 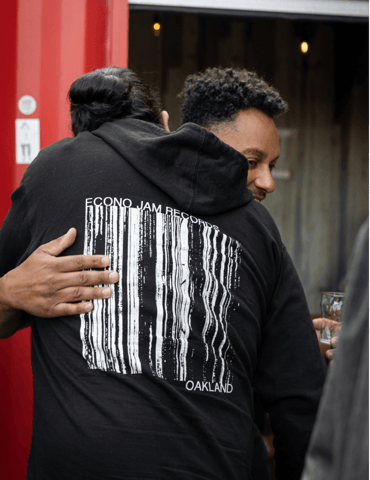 Hella Coastal is committed to community...

While they’ve come a long way from high school classroom and home brewing, there’s still more to do for Chaz and Mario. The alcohol industry is notoriously tough to break into, and the laws and regulations are a challenge to navigate.

The pair started by forming collaborations with existing Oakland breweries, using those establishments to get their product out to consumers. “The beauty of collaborations,” Mario says, “is that we're able to leverage their reputation. We’re still trying to build our brand.”

So what are Chaz and Mario’s best business tips?

“The only thing we can say is don't give up. If you have an idea in your mind, and you have full trust and faith in what you want to do, go for it. There’s gonna be those down periods and times where you feel like this is becoming a little too much. Regardless of whatever’s going on outside of that, don’t ever give up. Keep pushing forward.” – Mario

As an entrepreneur, Mario already had experience with Incfile. He was familiar with the services offered and knew he’d get all the help and support he needed to get Hella Coastal up and running.

“[It's] all under one roof. Everything is seamless. And since I was already familiar with using Incfile before, I knew we had a place we could go that would set everything up.” – Mario

It’s not just about finding a company for business formation services. According to Mario, it’s a smart business move. “If you want to get to the next step,” he says, “align yourself with a company like Incfile.”

for managing projects and staying on track

As they look ahead to the future, Chaz and Mario hope to emulate the Black leaders who contributed so much to the city of Oakland — and, ultimately, to the world. And they’ll be sure to do it…one frosty pint at a time.

Want to Learn More About Chaz, Mario and Hella Coastal?

What's your story?
We want to celebrate it.

Business owners like you are why Incfile exists. We love to hear and share your original stories. Each month we spotlight one business, shining a light behind the scenes to understand what got you to where you are today — all in partnership with Incfile.

Inspired?
Get your business started

No Contracts. No Surprise.
Only $0 + State Fee to Launch Your Business.