Starting a Business in Miami, FL: What Makes This City Perfect for Entrepreneurs 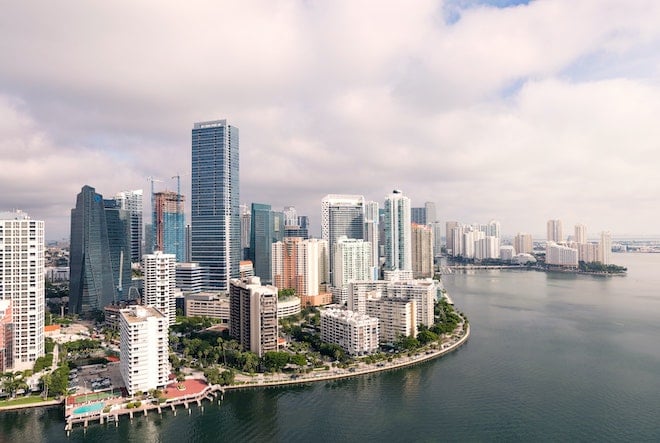 When you think about tech, you probably think of Silicon Valley. If you’re up on the news, you might also include Austin on the list. But, there’s a new city sneaking its way into the hearts and wallets of the tech industry: Miami.

As early as 2017, Miami was starting to get noticed. The Kauffman Foundation ranked it as the number one city in the U.S. for startups. A few years later, the money started flowing in. Venture investment in local startups in 2020 totaled over $1 billion, and in 2021 SoftBank announced a $100 million investment to fund Miami-based companies. In addition, high-profile investors and hedge fund billionaires have moved their businesses to Florida.

Then there was The Tweet. Varda Space co-founder Delian Asparouhov tweeted about moving Silicon Valley to Miami and Miami Mayor Francis Suarez responded, “How can I help?” With 2.3 million impressions, the tweet has started a storm.

You might be wondering, why Miami? Well, it’s all the reasons you can think of and more. Miami has great beaches and weather, has a low cost of living (compared to other large cities and business hubs), has no state income tax and shares a time zone with most of Latin America, making it a great hub for doing international business. And, did we mention the beaches?

To get the inside scoop, we asked startup founders in Miami for their impressions on the startup scene as it is right now. Here’s what they had to say.

When Matt Herfield saw how many Americans couldn’t afford their prescriptions, even with insurance, he knew he had to do something. Along with co-founder Ronnie Harris, they started BuzzRx in 2010.

The company provides people with a free Prescription Discount Card, which can help them to save up to 80 percent on generic and brand name prescriptions, even if they have insurance. Not only does BuzzRx help people to afford their prescriptions, they give back. Each time someone uses their BuzzRx card, a donation is made to a nonprofit partner.

When it comes to Miami, Herfield shares, “In the 8+ years that I’ve been here, there’s always been a tech buzz, but the pandemic really accelerated that. Now the term ‘silicon beach’ gets thrown around when referring to the area. I think a lot of people are attracted to the weather, lack of state income taxes and new opportunities across industries, and so we’ve seen more transplants recently than ever. The Miami mayor, Francis Suarez, is also doing a lot to support larger companies moving down to the Miami area, and with bigger companies come more employees willing to split off and start their own adventures. I think the next few years will be an exciting time for South Florida and we’ll see a tech boom similar to Austin.”

Startup Tip
For those looking to start their own business, this long-time entrepreneur has some advice. “Do a SWOT analysis on yourself and know your strengths and weaknesses: Hire people with skill sets different from your own and choose a founding team based on filling in those weaknesses.”

“Remember, you can’t do it all, but be prepared to live and breathe your business,” says Herfield. “Especially in the beginning, there’s very little work-life balance or free time, so make sure you spend your time wisely and continue investing in yourself — read books, listen to podcasts, talk with mentors and focus on your mental and physical health. Growing as a person is almost just as important as growing your business.”

When he founded ZeroBounce in 2015, Liviu Tanase knew he was taking a risk. There were already big, successful players in the email list validation game, but Tanase knew his product would be even better. With 125,000 customers and a listing of number 9 on the Inc. 5000 Florida list and number 40 on the Inc. 5000 list, the risk paid off.

While founding ZeroBounce might have looked risky to outsiders, Tanase was following his own advice. “Have a clear goal in mind and pursue it, but be patient. Nothing great is built in a day. While hard work is essential, you don’t want to burn out in a few months and lose your drive.” He started by understanding the numbers: “Metrics show that email is a top marketing channel, with an ROI of $42 for every $1 you spend,” says Tanase.

And, he knew there was a need. “Success with email marketing depends so much on how many of your emails make it to people’s inboxes. Data decay happens fast: more than 22 percent of your email list is no longer safe to use after a year. I wanted ZeroBounce to help fix this issue fast and prevent it from happening in the first place."

When it comes to his company's location in Miami, Tanase found it to be a great spot for growth and inspiration. "We couldn’t imagine a better place for ZeroBounce’s headquarters. The Miami area isn’t only a great place to live, but also a great place for business. Its talent pool is impressive and the work and entrepreneurial culture is so vibrant."

Startup Tip
For any new entrepreneurs out there, Tanase offers some sage advice: ask for help. “There will be plenty of situations where you’ll find yourself clueless — it’s normal. But there’s someone out there who knows the answer to your problem and is happy to help. Pick up the phone. Send an email. Don’t be afraid to ask.”

Anna Anisin, founder and CEO at Formulated.by was an entrepreneur from a young age. “I launched my first business at the age of 16 — it was an eBay store that I ran pretty successfully for almost five years. It pretty much paid for college and then some. Formulated.by, however, is the first company that I’ve founded that’s completely self-funded. I made a decision not to fundraise after my last exit in 2014; it's refreshing to have 100 percent of the decision-making power!”

Anisin shares that when she moved to Miami from San Francisco in 2015, the startup scene was little to none. In recent years, the startup culture is starting to bloom and other founders and investors are flocking to the area, bringing with them lots of resources. “Some resources that were super helpful when I moved here were: Refresh Miami, a nonprofit organization dedicated to organizing Miami tech networking events meant to connect Miami's tech scene and startup community. And, Endeavor Miami, which is one of the leading local communities by, and for high-impact entrepreneurs.”

Startup Tip
Stereotypical startup culture is full of late nights, burnout and pushing to the breaking point. Anisin takes a different perspective on how to build a successful startup and create a healthy company culture. A challenge Anisin has faced “has been balancing quality and growing the business at the same time, which leads to employee fatigue,” she says. “As the CEO, I’ve made the tough decision to slow our growth just a little bit, in exchange for a happy, healthy team. We’re all much happier and more productive, which actually opened up more capacity for us to take on more business.” 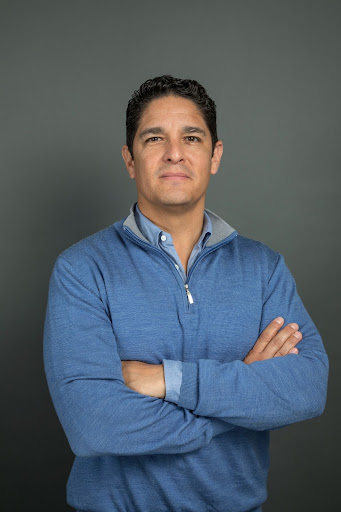 Like many startup founders, Walter Gonzalez, CEO, president and founder of GOJA, saw a hole in the market. “During the seven years I practiced law, I was always looking for the right idea to start a company. And at one point, a finance company I invested in had to take back a bunch of inventory from a client. We needed to liquidate it, but the standard options were awful and offered pennies on the dollar. So, I hired someone to help list and sell it all on eBay. It went so well that I fell in love with marketplace sales. It was the idea I had been looking for. GOJA was born shortly after and built the product-agnostic infrastructure to scale on marketplaces like eBay and Amazon.” Since its founding GOJA has grown to be one of the largest Amazon sellers in the world, hosting dozens of brands and working with 200 factories around the world.

For Gonzalez, the success of the Miami startup world is all about the people who participate. “I absolutely love Miami’s startup mentality. It’s full of people who want to succeed through their own initiative, which drives a very dynamic and entrepreneurial feel to the city. There are great groups like Endeavour, Refresh Miami and the Knight Foundation helping bring together the tech and startup community. Personally, YPO has been my best resource, along with so many friends who are successful entrepreneurs.”

Startup Tip
When it comes to starting a business, Gonzalez recommends organizing your personal finances first. "Having low overhead costs in your personal life makes it easier to start a business," says Gonzalez. "I see young people with high personal expenses, mortgages and nice cars, locking them into a tough monthly financial commitment to survive. That’s a lot of pressure to make money quickly. Startups never make money on day one and always take longer than you plan. Lower overhead helps you get to profitability."

There you have it! While it takes time to build up steam, according to the experts and these local startup founders, Miami really is a great place to found your startup. With its low cost of living, fantastic weather, business-friendly mayor, lack of state income tax and lots of startup resources, Miami is a great place to start your next business venture. 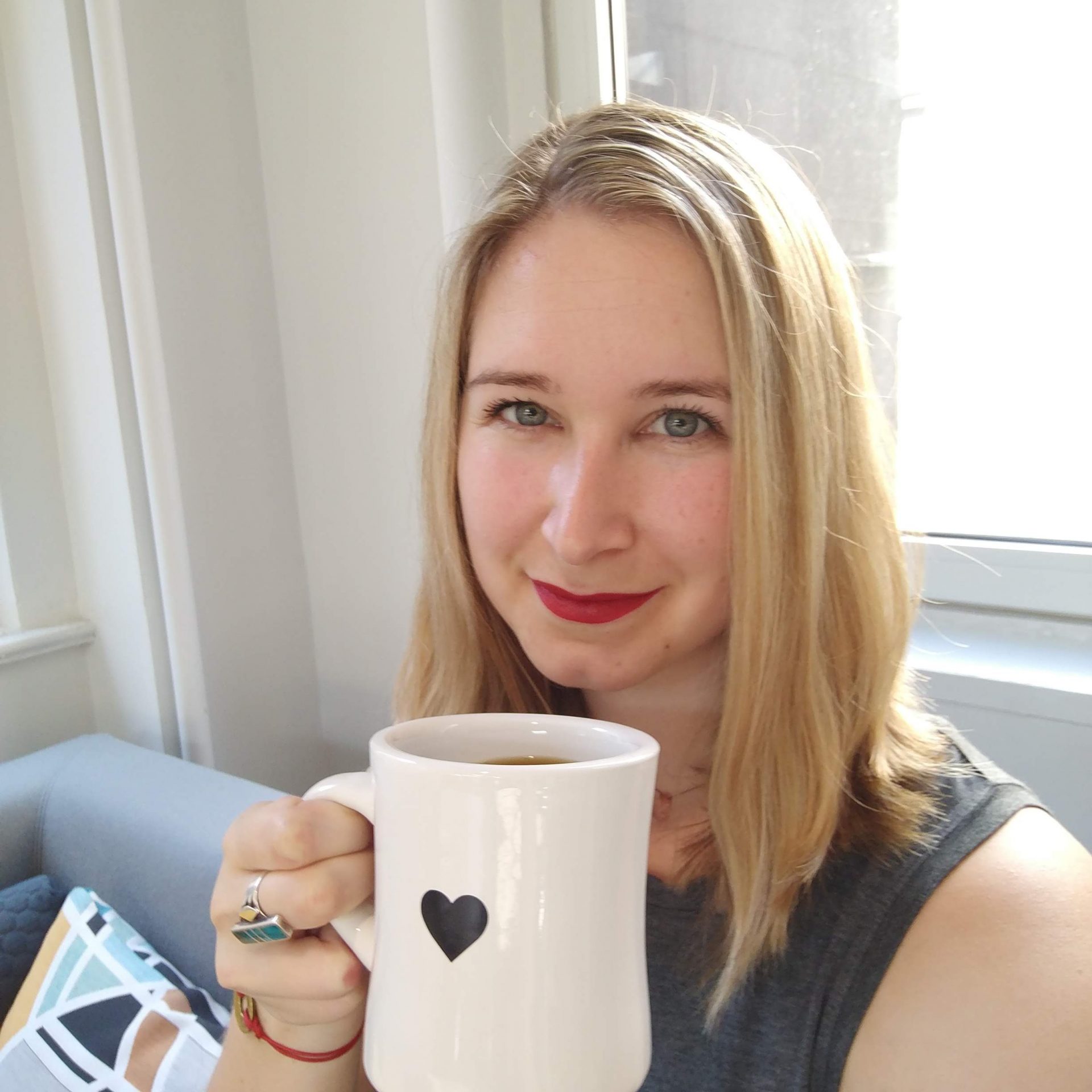 Page is a freelance content marketing writer with experience writing about small business, the future of the workplace and health. She also operates a weekly email newsletter where she shares advice on living an authentic, intentional life. When not writing, you can find Page traveling, fostering older cats and working as a sexual assault advocate.