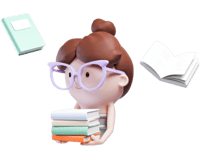 Bleacher Report – a growing location of open-source web content – received $10.5 million in new venture capital funding, according to TechCrunch. The company – which created a one-stop shop for user-generated sports content – received the new round of capital from VC firm Crosslink and includes $7.3 million from angel investors and an original VC partner named Hillsvn.

"This company is growing astronomically and it’s just an execution play right now," says Eric Chin, general partner at Crosslink Capital, which leads the round of funding.

The site creates an average of 500 pieces of unique content on a daily basis from a writing team that totals more than 3,000 contributors and 700 featured columnists, TechCrunch reports.

Bleacher Report is a new model for content-driving websites, one that provides writers access to publishing tables without the demands of creating one's own website. The site competes with similarly structured sites Yardbarker and SB Nation.

The most recent comScore data ranks Bleach Report – which began in 2008 – as the fifth most trafficked sports website after Yahoo, ESPN, Fox Sports and AOL Fanhouse, drawing 8.8 million unique page reads per a month, according to BoomTown.