Spotlight of the Month Start a Business Soon 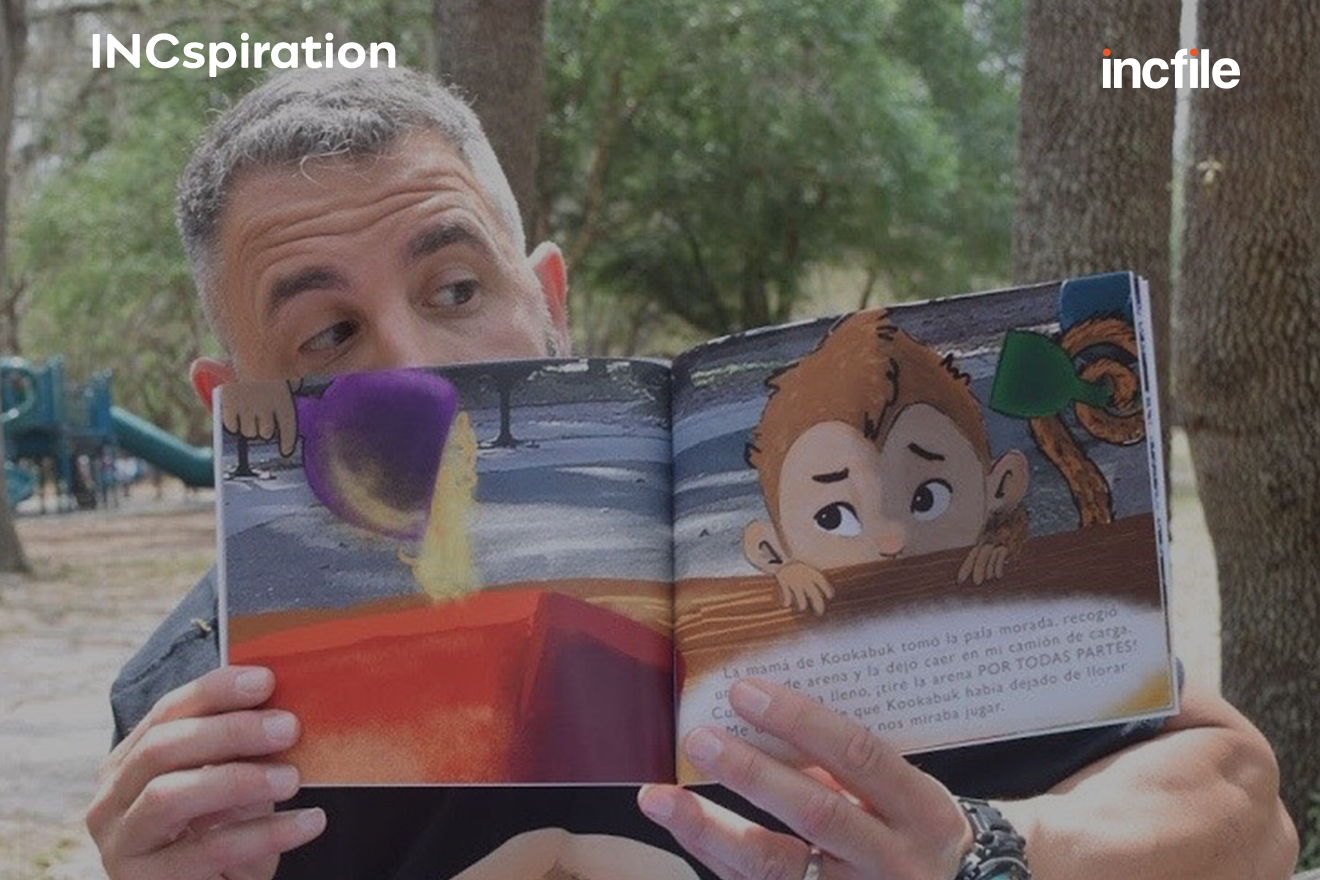 Few people in this world would argue that life isn't hard. From family to money to health, there's no shortage of challenges for us all to face. But we have the benefit of experience when approaching most situations — for children, all of life's hurdles are both new and intimidating.

That's especially true for neurodiverse children, i.e., those with developmental disabilities such as autism. That's why Kevin Howard created The Kooky Adventures of My Friend Kookabūk, a collection of stories designed to prepare children and their families for new experiences and obstacles. For January's #INCspiration spotlight, we'll take a look at Kevin's journey and learn more about how his Kookabūk series helps children navigate life's adventures.

You've probably heard that good things happen to those who wait, and in Kevin's case, it's certainly true. "Inspiration comes in many ways," he explains, and "the catalysts for mine were separated by almost 50 years."

The first occurred during his own childhood when he was just 7 years old and nervous about an upcoming hospitalization in New York City. He didn't understand why he couldn't walk and feared that he never would again.

But, as Kevin tells it, "One morning, I was woken by a family friend, Lenny." Lenny had brought with him a toy for Kevin. "Kookabūk (koo-kah-boo-k), named by Lenny, was a curly-haired monkey whose chubby face grinned a happy smile. Lenny said Kookabūk had magical healing powers and was there to help me get better. Before leaving, Lenny placed Kookabūk next to me."

Kevin sat alone in his room, hoping for something to save him from feeling lonely and afraid. "There it was lying next to me, my new toy. Kookabūk helped me escape my fear and loneliness by taking me on countless imaginary adventures. Before I realized it, 6 weeks magically passed, my ability to walk returned and I left the hospital with Kookabūk tucked under my arm."

After that experience, he realized how much Kookabūk had helped him brave his hospitalization, and soon came up with the idea to write children's books using Kookabūk to help kids overcome difficult times. But he wouldn't determine how until about 50 years later when trying to find ways to help his son, Seth, who is on the autism spectrum.

"A few months after my son’s diagnosis," Kevin says, "I noticed he was having difficulty coping with new situations. Questioning a therapist as to what I could do to help, she suggested using social stories — stories used to help children understand and prepare for new situations. Taking her advice, I wrote one to help Seth with an impending doctor’s appointment." Fortunately, according to Kevin, "It worked! With the success of the first story, many followed." 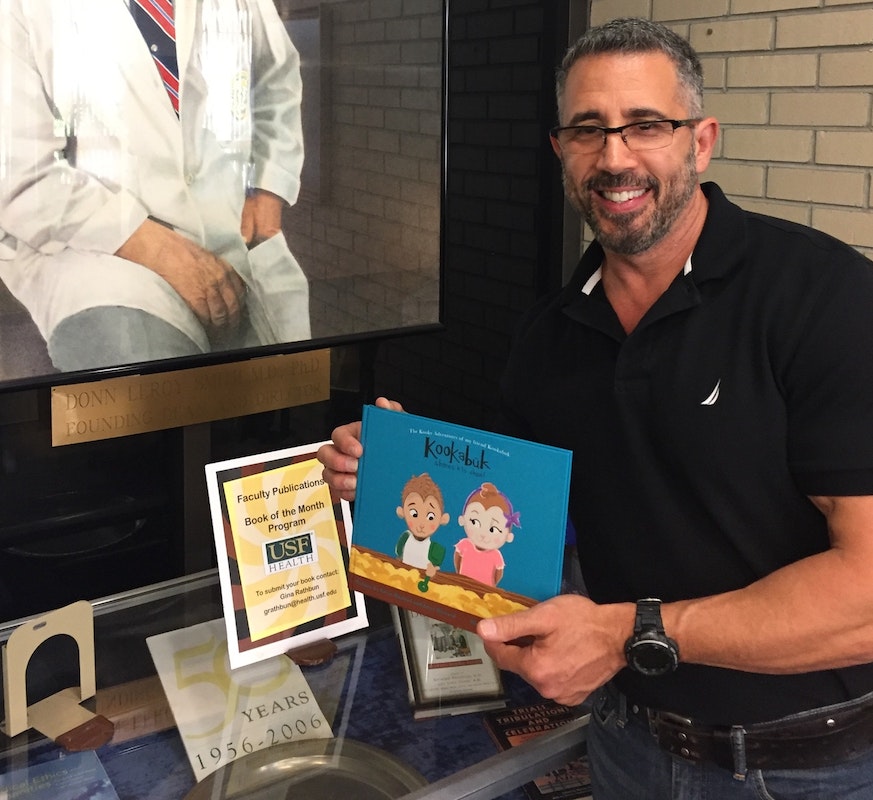 Kevin goes on to say, "One day, while creating a story about taking a trip, I told Seth we would be going on an adventure to New York City." In doing so, Kevin was reminded of the imaginary adventures he took with his childhood friend. "At that moment, the storyline for Kookabūk popped into my head. Soon after, The Kooky Adventures of My Friend Kookabūk was born."

So what is The Kooky Adventures of My Friend Kookabūk, exactly? As Kevin puts it, "It’s a collection of social stories to help children face the challenges of new experiences in a positive and enriching way."

"Amazingly," he says, "the toy given to me almost a half a century ago, along with my son, have inspired a wonderfully entertaining, educational and timely children’s book series."

Kevin finally had the inspiration he needed to create the Kookabūk series, but he still needed a way to publish and market them. So instead of pitching his idea to a publishing company, he decided to take matters into his own hands and create one himself.

He wasn't sure how to do so, but a friend soon clued him in to Incfile's capabilities. "After listening to me complain about how I don't have enough time to do every little thing necessary to start a business, she suggested that I delegate some of the responsibilities to someone else. That is when she recommended that I use the Incfile filing service to form my business entity."

Once he had researched Incfile's services, Kevin decided to heed his friend's advice. "Incfile’s website was very informative and their system was extremely user-friendly, saving me valuable time and money. Delegating is how successful people get things done and I am glad I did so with Incfile."

Shortly thereafter, Strassfree Productions, Inc. was born. At its helm, Kevin was able to successfully publish and promote The Kooky Adventures of My Friend Kookabūk. 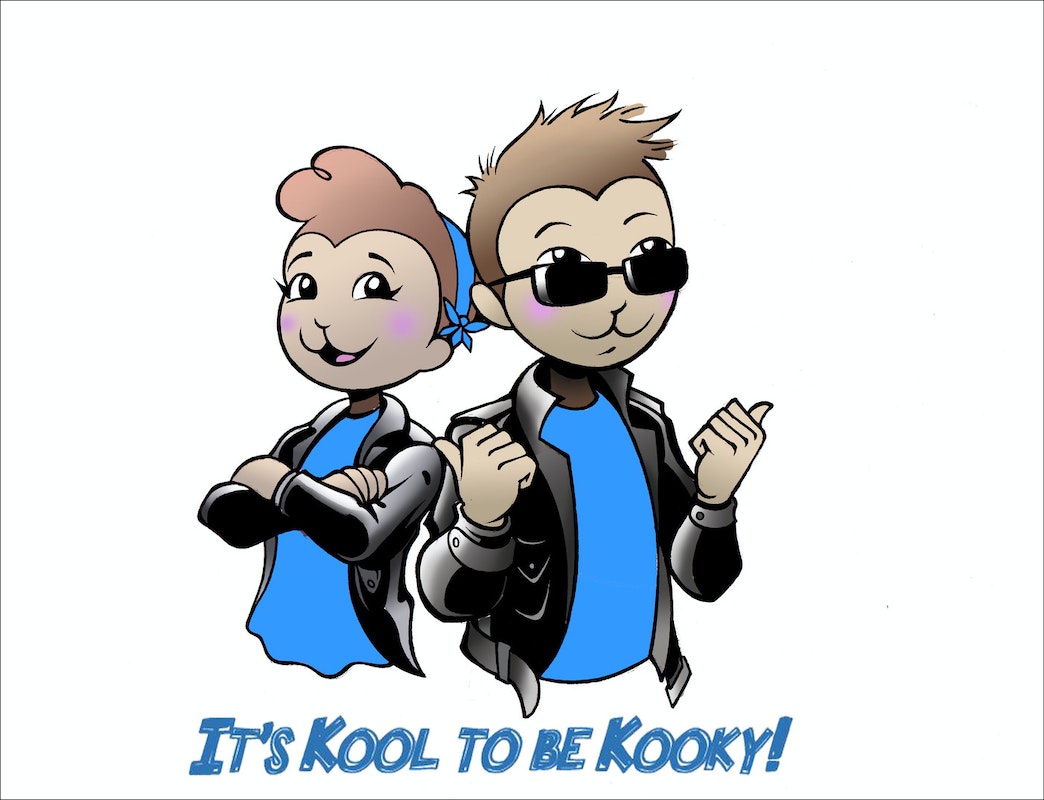 Discovering the Beauty (and Sacrifice) of Entrepreneurship

For Kevin, "the most rewarding aspect of entrepreneurship is being in the driver's seat. Having control of my own destiny."

"I’m tired of sitting in the passenger seat while someone else steers my future to their destination," he explains. But as an entrepreneur, he says, "I put in the hard work so I can make choices that influence the outcome of my journey and vision. I can live with the results of my decisions, whatever they may be, because I am the one driving."

But every entrepreneur faces challenges at one point or another, and Kevin is no exception. "In many ways, the challenges I faced creating my children’s book series and production company are similar to those any upstart entrepreneur would face — managing time and money. However, starting one while simultaneously working full time as a middle school teacher and basketball coach, parenting two boys and maintaining a marriage adds a whole new layer of management difficulty — something I call 'managing the sacrifice.'"

Kevin found himself needing to make some hard decisions about what parts of his work and family life to give up for the sake of the company. "Do I go to my son’s winter performance or should I attend a very important book signing that takes place on the exact same night and time? Should I pay for the artwork for my next book or use the money to upgrade our aging kitchen appliances?" These were the questions he had to ask himself.

"These, and many other decisions, are not easily reconciled and have been my biggest challenge as an entrepreneur. Time will determine if my 'sacrificial' decisions were good ones or not." But he says, "As of today, I’m happy to report that my business has been in existence for almost five years, I have successfully published four books, I remain gainfully employed, happily married and my children still talk to me. I may not have mastered my biggest hurdle, but I am managing it."

Kevin's passion for his work has certainly helped him navigate the challenges of entrepreneurship. When he hears the word entrepreneur, he thinks "of someone who is driven by passion and purpose. An individual who has a desire to make a difference over the desire to make a buck."

After all, he says, "If it's only money that drives an individual to start a business, then that person might find themselves one day driven out of business. It is passion that sustains entrepreneurs during those difficult times when discouragement manifests itself."

A Bright Future for Kookabūk and Friends

Kevin may have accomplished his initial goal of publishing the first few Kookabūk stories, but he's not anywhere close to finished.

In the next year, he aims "to publish two more Kooky Adventures, pitch my book series to the Hollywood studios and continue to raise more money for special needs education." (His company has raised more than $10,000 for that worthy cause so far.)

And in the long term, Kevin envisions Strassfree Productions, Inc. "as a leader in creating an inclusive environment for young people through fun, entertaining and educational stories." He also wants to help "parents and caregivers through the challenges that autism and other related disabilities present."

When asked what piece of advice he would share with anyone considering taking the jump to start their own business, his response is simple: "Don't wait on perfection."

"The perfect time, perfect place, perfect product, or perfect situation doesn’t exist," he elaborates. "Nothing can ever truly be perfect. Winston Churchill said, 'perfection is the enemy of progress.' That means that the enemy of 'perfect' is a ticking clock."

By all means, he says, "be sure to do your research and to carefully craft your business plan before taking the leap." But, "if you’re waiting on perfection before you do, you may never jump."

Carrie Buchholz-Powers is a Colorado-based writer who’s been creating content since 2013. From digital marketing to ecommerce to land conservation, she has experience in a wide range of fields and loves learning about them all. Carrie is fond of history, animals and beauty in equal measure. In her free time, she enjoys knitting, playing video games and exploring Colorado's prairies and mountains with her husband.