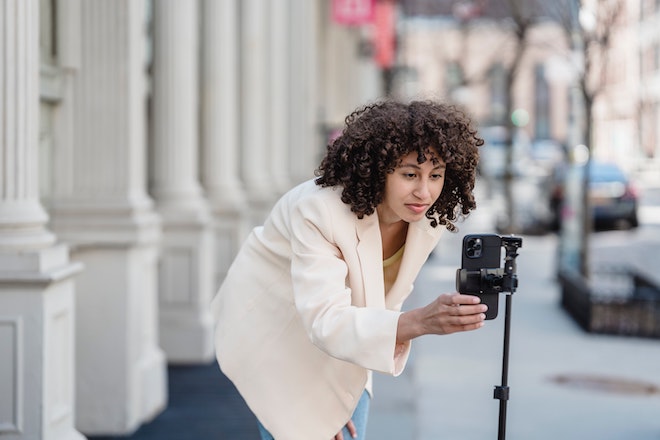 You've spent the time building your influencer business and gaining a good following. Now your chance has come to partner with a brand or client! But before you sign on any dotted lines, you need to understand contracts and agreements so that you stay out of trouble and ensure you have the very best experience.

The most direct and proactive way influencers can avoid legal problems in the future is by investing in the right business contracts now. However, it’s vital to ensure that the agreements are practical for the relationship and business situation. Otherwise, they could inadvertently end up agreeing to overly restrictive contractual obligations.

Below, we’ve outlined essential tips that every influencer should know, along with advice from several contract lawyers across the country to give you all the inside scoop.

Contracts 101 is always to get your business agreements in writing. Make this a rigid standard in all of your engagements. It’s challenging to enforce a contract in civil court if left unsigned or absent altogether.

In fact, many disputes arising from oral contracts often become a matter of “he-said-she-said.” Those cases become hard to prove. Overall, steer clear of the oral agreement!

Colleen Clark, a contracts lawyer and founder of Schmidt & Clark, LLP, underscores the importance of written agreements for influencers. “While influencers often started their paths through informal arrangements, it’s never advisable to offer or buy services without a legal contract that establishes consent on behalf of the influencer and brand,” says Clark.

Always Put Your Agreements in Writing

Written contracts also settle expectations and manage risk. Both of these components are enormous sources of anxiety for influencers. However, they often come with the territory of success. Some common contracts an influencer might use can include marketing agreements, non-disclosure and confidentiality agreements and content rights agreements.

Influencers can quell these fears by simply having bulletproof agreements in place. Clark goes on to further explain that written contracts should also include key terms and conditions: “Moving forward, brand ambassadors must secure the legality of their exchanges with another company through a detailed agreement.”

She also advises influencers to include the following elements in contracts at a minimum:

Influencers are putting in the work to elevate their brands. The routine use of contracts supports this goal tremendously. If a company refuses to work via written agreement, view it as a red flag and move on to the next opportunity.

One of the most common causes of civil litigation is contract disputes. Influencers can lessen the chance of it happening to them by making their agreements and contracts easier to read and unambiguously clear. If obligations and expectations remain buried deep inside an obscure clause, that’s when things start to get confusing for both parties.

David Aylor, the founder and CEO of David Aylor Law Offices, says, “Influencer agreements need to be clearly written to protect all parties involved, with guidelines on what content will be delivered, when and how the influencer and the brand can use it.”

More than 97 percent of people never read service agreements before signing them. While this statistic may seem troubling or support the case for “why bother,” consider looking at it from another angle. Why aren’t people reading contracts?

Anyone who has sat down to read one understands that it’s a chore to sift through the “legalese” and interpret how it applies to a specific situation. Unfortunately, that’s one of the main reasons no one reads contracts.

If people aren’t reading the terms and conditions before signing, this increases the likelihood of parties unknowingly committing a contractual breach and initiating disputes over contractual rights because they don’t know they exist.

Skim reading is — and has been — the “new normal.” Rather than drafting headless, dense paragraphs, use simple language and clear headings that get your point across with a quick scan.

According to Amira Irfan, Esq., a business lawyer, blogger and coach at A Self Guru, influencers should include the necessary legal provisions mentioned earlier in this article. She says, “Because each client is unique and may require different types of services from the influencer, it is critical to tailor your contract to work being performed for the client. This way, you can ensure that your contract is comprehensive and legally protects you.”

Further, it’s a worthy cause to review contracts from multiple party perspectives. Influencers can ask themselves, for example, “If I were the other party, how might I interpret the meaning of a specific word or section? How could I misinterpret it?” Regardless of contract review methodologies, influencers should always involve a lawyer in the process at some point.

Hire a Lawyer to Write Your Contract Templates

Influencers often engage in routine business relationships, such as paid posts and meet-and-greets. These commonly occurring projects are a perfect fit for a contract template.

A contract template is a boilerplate agreement that influencers can create by simply “filling in the blanks.” Ruth B. Carter, Esq., Founder and Evil Genius at Carter Law Firm, PLLC, is a huge proponent of this strategy. “Influencers should invest in having a lawyer draft their contract templates. It’s cheaper and easier to hire someone to draft their contracts compared to what it will cost to clean up the mess when things go sideways,” they say.

It’s no secret that there’s both good and bad information online. Contract templates are no exception to this rule. Avoid making the common mistake of searching for a free online template and filling in the blanks.

For starters, it’s not customized for the influencer’s business. Plus, it could be unenforceable for their geographic location. Aylor continues to offer clients this piece of essential advice regularly: “Influencers may be tempted to use online free contracts and agreements. However, using any free contract you find online is a bad idea because, as a lawyer, I’ve audited these free templates and discovered that they frequently lack key legal provisions, exposing you to risk and liability.

Instead of protecting the business, the influencer creates more legal pitfalls by not having customized contracts. Yes, it’s more expensive to hire a business lawyer to draft agreements in the short term, but they should also consider that not having the right one in place could cost them far more in the long run.

It’s also worth noting that lawyers guarantee their work based on the given facts. That means a contract lawyer stands by their performance for the information provided. Influencers can take the worry off of their minds by hiring a legal representative to draft and review their most commonly used agreements.

Contracts and agreements play a vital role in any influencer’s business operations. Aside from making engagements legally binding, they can also serve as referential material, shape internal company policies or offer evidence in the event of a dispute. Regardless of what contracts influencers use, they should always introduce a lawyer into the process for the best result.

If you’re an influencer and want to protect your business interests, Incfile’s library of business contracts can help. We have a suite of agreements that you can customize to launch, grow and protect your business. Every document has been drafted, written and approved by specialized business attorneys, so you can be confident they will meet all your legal requirements.

Jennifer Grant is a legal writer currently living in Oklahoma City, OK. For more than a decade, she served as a senior litigation paralegal to corporate law firms throughout the U.S. She now uses her background to help professionals online understand their legal rights.