How to Build a Multi-Figure Black-Owned Company 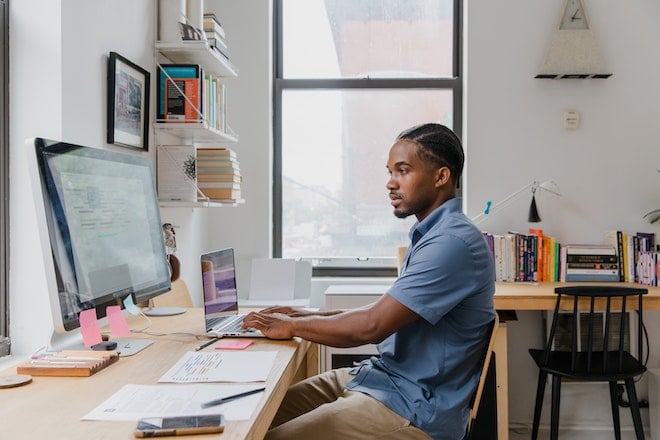 Building a multi-figure company is difficult for any entrepreneur. Turning your dreams into reality in the business world requires determination, passion and a lot of hard work — even more so for Black entrepreneurs looking to build generational wealth.

However, with minority businesses on the rise and more successful Black entrepreneurs and “unicorns” growing multi-figure companies by the year. In fact, the number of Black small business owners has gone up 28 percent in the last few years. there are plenty of strategies and tips to learn from others' past experiences. We spoke to some successful business owners to find out their best tips for Black entrepreneurs trying to build their businesses.

Here are the best tips and strategies for Black entrepreneurs looking to build a multi-figure business in today’s competitive business world.

Michael James is a third-generation entrepreneur and the CEO of Frederick Benjamin Grooming. He focuses on providing modern gentlemen 21st-century grooming solutions, with products now available in Target stores and reaching a mass consumer market. His top tips for Black entrepreneurs are:

1. Start Small and Scale from There

When you’re trying to build a successful business, there is no shame in starting small and growing your business from the ground up. It can be more manageable and scalable in the beginning if you simply start with what you can handle.

“Don’t be afraid to start small and scale what’s working,” James says. Starting from the ground up will give you the opportunity to learn along the way and see what’s working and what’s not so you can tailor your products/service to demand.

2. Accept Feedback Along the Way

It’s also important to accept feedback along the way and not be too consumed with perfection. “Don’t let 'perfect' be the enemy of good or allow it to impede progress,” says James. It can be more important to just start somewhere rather than get too bogged down in details and imperfections.

“Get your product out in the market, get real (non-friends and family) feedback and edit the product/service from there,” recommends James. There’s nothing quite like learning on the job and in the real world.

It can be a major help in the early days of a business to find a good network of people who you can lean on for support. “Surround yourself with successful people, ask them many questions and share what you are up to,” recommends James. This can be someone you know personally or a mentor that you look up to in a similar industry.

“Sometimes good advice is right under your nose,” says James. This can be invaluable when you first begin navigating the business world. Connections can help you in many different ways on your journey, so networking within your industry should be seen as a real asset.

While your long-term goal might be to have greater business equity, you can start with multiple income streams in the beginning to support yourself along the way.

In 2013, Shawn and his wife Robin signed a lease on their first restaurant in Franklin, TN. It was quickly embraced by the community and has since expanded to various locations across the country. His top advice for Black entrepreneurs is:

1. Scale Your Infrastructure Alongside Financial Growth

It’s all about scaling your business at the right time and in the right way. “Having the ability to grow your infrastructure alongside your financial growth is the only way to prepare yourself for success. Most businesses fail when they grow too fast and don’t have the infrastructure built to support the growth.”

He recommends mapping your infrastructure through modeling what you’ll need to support a multi-figure business and starting to scale afterward.

Davis’ favorite advice was a quote his father used to say to him often: “Build it, then they will come.” This has guided him in the franchising process of his business, with the mentality of investing in infrastructure earlier rather than later.

While this requires some financial backing, Davis believes it’s better to focus on infrastructure that will support you in the long term than worry too much about financial growth in the immediate. You’ll need the infrastructure if you are to continue to grow financially down the track.

Tope Awotona founded the online booking and scheduling tool Calendly in 2013. In under 10 years, the software is now estimated to be worth over $1 billion, making Awotona the owner of one of the first Black unicorns in the tech world. Some of the lessons from Awotona’s career include:

1. Make Your Own Path

While it can be easier to follow in someone else’s path, don't be afraid to make your own path in the business world. Everyone has their own unique story and journey to success. While you can learn tips and strategies from others, you’ll rarely be able to follow someone’s exact footprints. And that’s okay.

Awotona worked for years in various roles in the tech world. He also founded start-ups that failed before starting Calendly in 2013. This only shows that most entrepreneurs take wildly different paths to find success and there’s no shame in paving your own way forward.

2. Never Give Up on Funding

To begin with, Awotona poured his entire life savings into Calendly. This was certainly a risky business move and left him almost cash-less as he searched for investors in 2013. Luckily, he managed to raise seed money from Atlanta Ventures; however, this didn’t come easily.

Even after being rejected by many VC rounds, Awotona never gave up on his dream of seeing his business thrive. This sort of determination and belief is essential if you face the inevitable rejections along the path of finding financing for your product or service.

She tried, developed and tweaked each of its products to perfection, and in 2019, she closed a funding deal totaling $15M from The Craftory — the fourth largest round ever for a company founded by a Black woman. The lessons to draw from her success story include:

Etienne has been open in interviews about the fact that she had no initial thoughts about her company ever getting as big as it is now. In an interview with theGrio, she said, “That’s a flaw within myself as being a Black woman. And every Black woman I come across, I tell them you have to think bigger…you have to see yourself and place yourself and say, ‘I am that unicorn.’”

There’s certainly no harm in backing yourself and believing in your own ability to make it big from the beginning. This will only help you put into practice what you want to see from your future self.

Against all odds, Etienne was finally able to secure a sizable investment. In 2019, she closed a deal totaling $15 million from The Craftory, with an initial Series A funding of $8 million. This is a huge achievement, considering Black women receive some of the lowest amounts of capital investment in the country.

In fact, according to Crunchbase, funding for companies led by Black women reached a high of $494 million in 2021.

Despite these odds, Etienne proves that it is possible to receive funding for your startup. It can help particularly if you’re in a supportive city with plenty of funding opportunities for Black-owned businesses, such as Washington, Cleveland and Rochester.

Get Inspired to Build Your Own Successful Company

While there are unique challenges associated with making it as a Black entrepreneur, there are plenty of tips and strategies that you can learn from other successful multi-figure businesses. Although each has their own different path to success, with self-belief, determination and a willingness to seek help and listen to feedback, these Black business owners prove that it’s possible to achieve generational wealth with a startup.

Incfile has helped thousands of budding entrepreneurs get their businesses off the ground. Consider forming an LLC with our help. 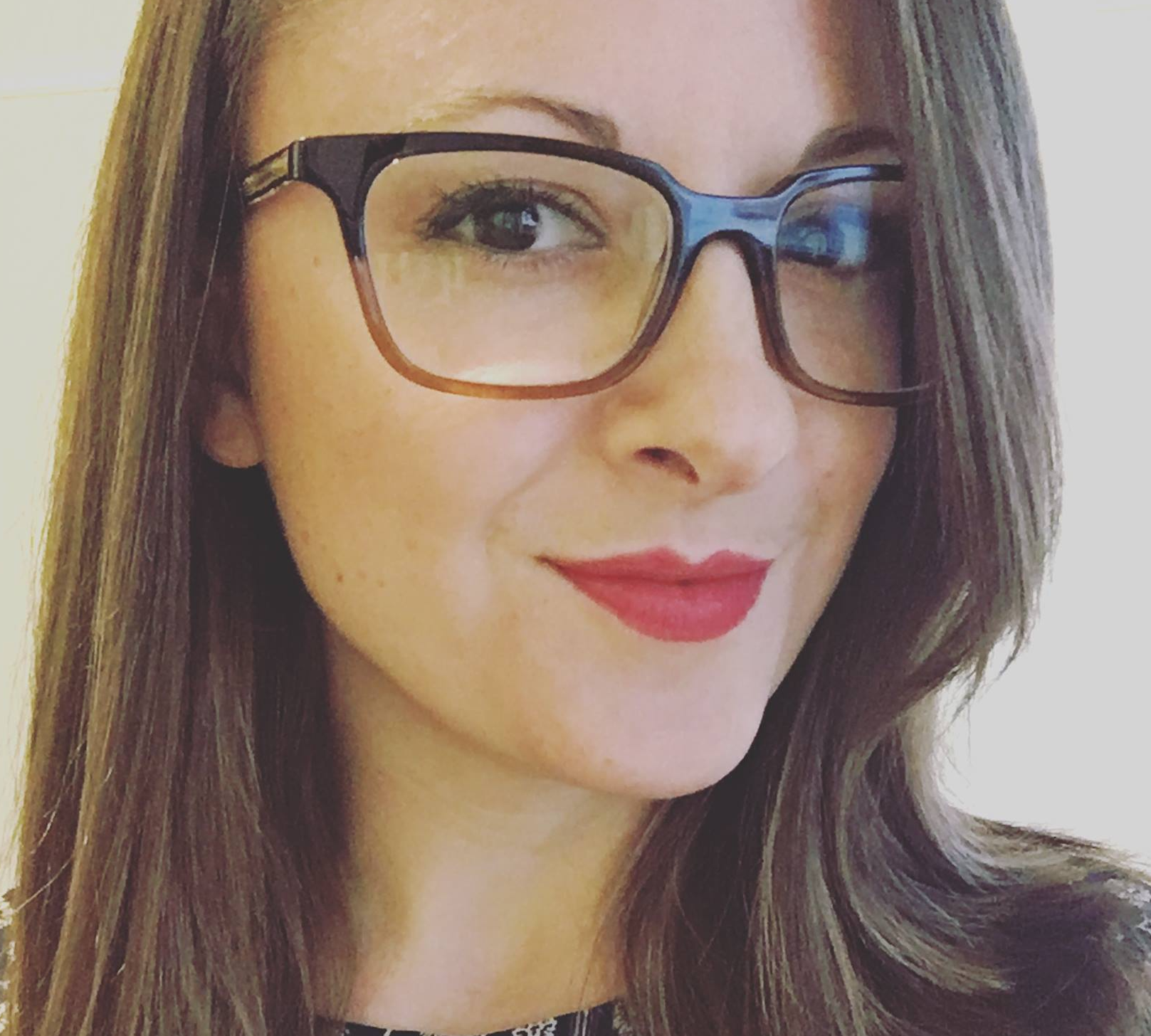 Jenna Scatena is a writer and content strategist with a love for stories that have never been told before. More than a decade of working with prominent magazines and brands informs her approach to impactful storytelling. Her stories have reached more than 30 million readers, won multiple awards and been anthologized in books. Jenna's work has appeared in Conde Nast Traveler, Vogue, Marie Claire, The San Francisco, BBC and The Atlantic. She's the founder of the editorial consultancy, Lede Studio.