NIL: Not for Nothing! Learn How NIL Rules Make It Possible for Student Athletes to Earn Money 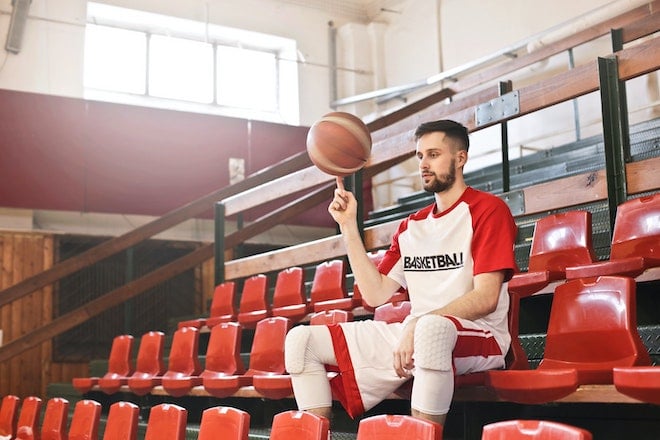 College athletes finally have a whole lot more freedom to make money, thanks to new NIL rules. These NIL laws refer to the rights of college athletes to profit from their Name, Image and Likeness (NIL). For as long as the NCAA has been around, student athletes were prohibited from making money on anything other than what they received from scholarships.

On July 1, 2021, the NCAA and some states changed their rules so that student athletes could make money by selling their name, image and likeness rights. This means that student athletes in all three divisions can now profit from activities like endorsements, social media posts, autograph signings and public appearances.

What Is the NIL Rule in College?

Nearly half a million NCAA student-athletes compete in 24 sports every year. These new laws open up the opportunity for these athletes to earn money while in college and to build a foundation of their brand and business for later on, too.

Now there is significant earning potential for a growing number of student athletes in a diverse number of sports, not just revenue-driven sports like football. Bowling, squash, equestrian riding, bass fishing, competitive cheer, sailing and more are all equal opportunity.

Below, we’ll take a closer look at what NIL rules mean for student athletes, how you can earn money as a college athlete and what your future entrepreneurship path might look like.

You’re More than a Brand — You’re an Entrepreneur

One of the best things about these new NIL laws is that they open the door for all college athletes to get a college education while making money and building a business at the same time.

Under the restrictive NCAA laws that prohibited student athletes from profiting on their personal brands, many athletes were once forced to make the difficult decision of leaving college to pursue lucrative endorsements or entrepreneurial dreams. Now those two paths are open to student athletes simultaneously.

Some of the key takeaways these NIL laws can bring to help your career as not only an athlete but a successful entrepreneur include:

Social media is a huge revenue generator for student athletes.

Social media influence is a significant income source for student athletes. Many student athletes have large followings on Instagram, TikTok and other social media platforms already. Companies can now go directly to student athletes, paying them right away for their endorsements. And the power of social media can be harnessed by athletes in all sorts of sports, not just the top-revenue sports like men’s basketball and football.

In fact, a study from Temple University showed that NIL laws also open up athletes in non-revenue sports to much higher earning potential. That same study shows that the annual social media account value for athletes with 100,000 followers is more than $50,000.

Local markets are an untapped source of NIL revenue.

Your NIL earnings can launch your career.

For those student athletes with big followings and personal brands that focus on fitness, lifestyle wellness and health, the sky's the limit on what you can do with your unique perspective (and following) in the future. Think of these NIL laws as a way for you to lay the groundwork for a future as an entrepreneur. Your business as a social influencer, public speaker, life coach, fitness guru or so much more can begin right now with the ways you use your name, image and likeness to make money in college.

In some states, there are additional laws that student athletes must comply with. In fact, more than half of the state governments have now enacted NIL laws, and most of these laws place more restrictions on student athlete endorsement contracts than the NCAA rules.

If there are no NIL laws in the state where the student attends school, the NCAA NIL laws still help protect the student. But because there is no standard at the national level, state NIL laws can be difficult to understand and challenging to navigate.

Some states prohibit student athletes from using their school’s logo and team colors in promotional deals, and some states won’t allow universities to broker NIL deals for their athletes. The National College Players Association has created a database that ranks states based on their NIL laws to help student athletes make sense of the confusion.

The database scores states between 0 and 100 percent, with higher scores indicating states with laws that give student athletes the most freedom to make money. This database ranks New Mexico with the highest score of 90 percent, followed by Maryland, Missouri and Oregon with a score of 81 percent.

Who can benefit from the NIL Laws?

All Division I, II and III college student athletes in all sports can benefit from the new NIL rules.

Can I wear my university logo or team gear in my endorsement?

A student athlete must disclose whether they plan to wear the university logo or team gear in an endorsement or public appearance. Some schools and even some state laws will prohibit the use of team logos and gear in NIL endorsements.

Can I use an agent?

Yes. NIL laws allow student athletes to use agents for NIL purposes. However, the NCAA still does not allow you to use an agent to market yourself to play your sport for a professional team.

Is there a limit on how much I can make with NIL?

There is no limit on how much money you can make with NIL deals. Be sure to understand how your NIL earnings might affect your student-athlete financial aid packages.

What if the state where I attend school does not have an NIL law?

Student athletes can still profit from NIL activities without violating NCAA rules, regardless of whether the state where they attend college has NIL laws in place.

Do I need an LLC to make NIL money?

No. You don’t need to register your brand as a business entity to make revenue through NIL activity. However, registering as a Limited Liability Company (LLC) can be a savvy business decision that not only lays the groundwork for a future business plan but also protects you personally. An LLC protects you personally in the event that your business gets into legal trouble down the road. So even if your business is your personal brand, that means that the company or individual you are endorsing or in contract with can’t come after your personal assets and property if anything happens.

Whether you are a student athlete who is looking to capitalize on your status as a talented athlete now or one who wants to begin building a brand to take into a future as an entrepreneur in the sports and fitness industry, there are countless ways for you to lay the groundwork through your NIL pursuits for a prosperous future as an entrepreneur. We help entrepreneurs create a solid foundation and expand on it for years to come with our business tools and resources. Start by registering your LLC to protect your personal assets. 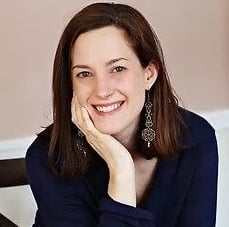 Nicole Bowman is a freelance writer who thinks turning research into stories is the best gig ever. She started writing billboards back in 2002, worked in book publishing in New York for many years and now she creates all sorts of engaging content for the web. Nicole lives in Rehoboth Beach, DE, with her husband, two sons and their poodle, Tootsie. She loves the great outdoors, bookstores and tennis.